Language is a fascinating creature. Somewhere, it was recognized that certain groups did certain things better than others, and so the language of the experts came to dominate that trade. 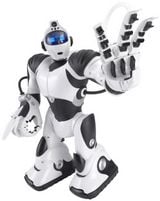 Language is a fascinating creature. Somewhere, it was recognized that certain groups did certain things better than others, and so the language of the experts came to dominate that trade: Portuguese for sailing, German for the sciences, and English for trade. Eventually, if you were interested in those areas, you spoke the appropriate language. It was more than just a good career move; it enabled you to conduct negotiations, limit your dependence on others, and you basically can pursue options that you wouldn’t normally be able to do.

However, eventually everyone became as good as they were, so mastering those languages didn’t matter as much. As more nations expanded their navies and colonies, they became just as good. In short, languages that once provided the lingua franca of their areas were relegated to just another voice in the crowd as the country they represented faded in significance, and being a translator became an in-demand job.

Today, we are facing the same problem on an electronic level. As a company rose to prominence in a specific field, it was able to define which audio format that field used for its day-to-day business. Until that happened, those in the field used whatever audio format they wanted for their programs, creating a certain degree of chaos until some company became big enough to establish a specific format for the industry (like MP3). Open-source OGG is not as popular as it used to be and tody you have to convert OGG to MP3 to listen to it. At the same time, it’s possible for someone new to the field to knock down an established format by showing that it’s the superior format and establishing itself as a leader in the industry.

Suffice to say, the sound industry has a number of audio formats in use, both those that are currently useful (especially as each format has advantages for a specific field) and those have been discarded, but are still both used and referenced (especially if the user wants to update the files to the current software). As that is likely to be true for at least a while longer, but each industry needs to trade sound files, a translator needs to be used, such as CoolUtils’ Total Audio Converter. By using such a piece of software, a person can easily shift between audio formats, allowing him to not only use whatever format he wants but to also coordinate between different companies that use different programs.

Eventually, one format should win out. Until then, find a translator you like and can learn quickly so that you can do what you need to do, and get some work done!

One thought on “Converters As Translators”