Both .mts and .m2ts video files are the ones you record in HD. The quality of mts video is very high and the size is comparatively small. But not many DVD players support video in MTS or M2TS formats. And all those iPods, iPhones, Zunes and other popular devices do not support .mts or .m2ts files either.

However, there is a solution to the problem. You can convert MTS or M2TS to AVI, MPEG or other video formats that are more popular. Total Movie Converter can do that for you.

Furthermore you may want to change the resolution of your .mts videos. Resizing video files you get a much smaller file size. That’s important for portable devices like iPods and iPhones.

Sometimes you do not want to convert the whole .mts video file but to cut a piece of it. With Total Movie Converter cutting a part of the video is a simple task. You set the Start and End position and preview the part. It’s very handy! 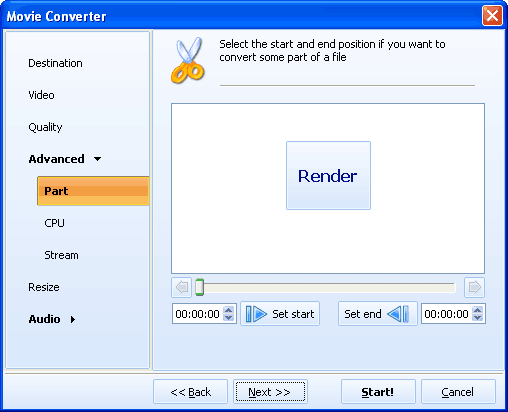 One thought on “MTS/M2TS Converter – TMC Has Become More Powerful”