Though I can’t deny that I use Total Movie Converter I became a victim of pushy advertising. The ad described so many benefits of another video converter that I decided to try it. I didn’t have to pay the money (it’s shareware) so I hit Download button. 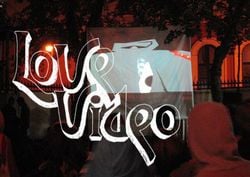 I installed it in a normal way. Usually video converters ask what codecs to install. It did too. I selected a few ones.


I tried to convert my avi video and it worked all right. Then I decided to play it by built-in video player. Ups! I was wrong.


The video could not be played. The 1st thought was to check viruses and I did that. No viruses found. Ok, probably the new video converter has caused the problem.


So I uninstalled that piece of software. It didn’t help a bit! I had no video codecs on my windows system any longer. That nasty video converter deleted all the info from the registry about my old video codecs and I could not find them anymore.


So I had to download all the codesc again (thanks to freecodesc.com). After that Total Movie Converter could convert and play video files as before.

2 thoughts on “Why Should You Beware Of Video Converters”